What are IoT sensor devices? 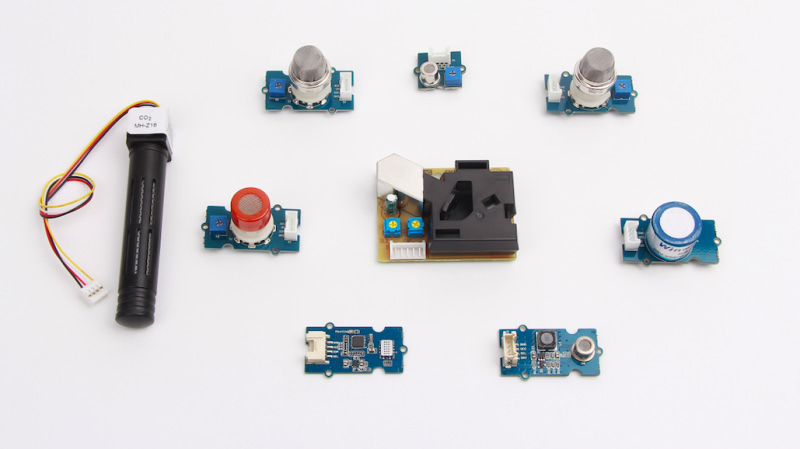 The previous article – “What Are IoT Sensors?” – gave a high level overview of IoT system, now let’s drill down to what are IoT sensor devices.

Sensors can be of various types from a very simple on/off contact switch, through advanced poisonous gas leak detector, to a state-of-art, real-time, face recognition engine. Many sensors, like temperature, humidity, pressure, light, location, or motion can be quite universal and commonly used in many different applications. Others are specialized for specific industrial applications, for example Hydrogen Cyanide gas sensor or Fluoroborate water sensor. There are also sensors embedded in legacy industrial equipment, such as coolant pressure sensors in commercial HVAC accessible via standard industrial interfaces for onsite diagnostics, but not traditionally connected to the internet.

Sensor data communication to the cloud can be done in multiple ways from wireline to wireless communication of various complexity. While wireline communication has some important benefits (such as reliability, privacy, and power delivery over the same wires), wireless communication is the technology that is the key catalyst in the majority of IoT applications, that were not previously practical with wired systems. Recent technology advancements in wireless have mitigated or outright removed some of the traditional barriers to the widespread adoption. Reliability, channel security, long range, low power consumption, ease of use, and low cost are now reaching new levels, previously thought infeasible. To reach these capabilities, some assumptions about the end application requirements needed to be made, for instance about maximum data throughput, uplink/downlink asymmetry, or backward compatibility.

This is the area of intensive R&D, so in addition to some widely popular, open standard wireless radios, there exist many new, proprietary radios optimized for various applications with more to come in the near future. As with sensors, there is not one size-fits-all wireless radio solution for IoT, but many, each with different characteristics suitable for different applications.